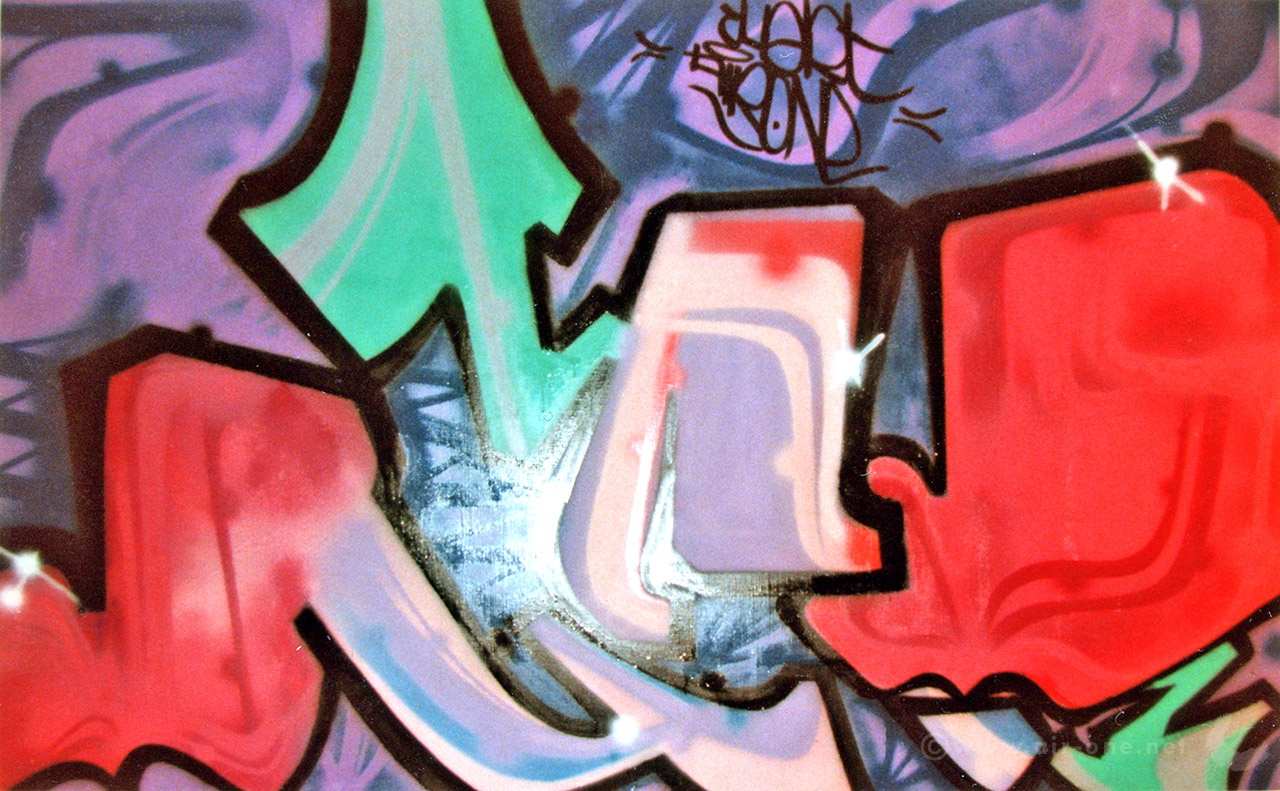 The first time I painted on a canvas it was unexpected. Moreover in 1991 I had never seen any canvas painted with graffiti although obviously I imagined that New York’s pioneers were dedicated themselves to that profitably. And with profit I do mean only: they gained money. To me, it was not clear what other reason could there be for desiring to paint on a canvas rather than on a train or a wall, surfaces visible to everybody as opposed to a canvas that would remain closed between some private walls. What old school writers in NY were doing was something completely acceptable: after all, this art was invented by them and there was notthing to point out if they tried to live by selling paintings. Instead, that same thing was not obvious when applied to European writers and to me, like to many others of that time, it seemed a bit ‘of betraying the true spirit of Writing.

In 1991, while I was painting at TDK’s hall of fame in Via Pontano, I found myself in front of a young and very determined couple: they really liked that “stuff” I was painting and, if possible, they would have wanted one for their home. Not straight on the wall, they wanted a canvas and they were willing to pay it. At that time I didn’t have any money and the idea of earning some cash sounded sweet but what really convinced me was just a matter of pride: those two insisted to buy a painting by a 17 years old boy that they had just met in front of a wall in the suburbs of Milan… not even knowing – or asking – what I would have painted.

This was the power of Graffiti Writing at that time.

Not having a studio, the canvas was painted during two nights in the empty attic of that couple. As It was the first time that I was painting on canvas I did not know how to do it, those damn Dupli Color sucked and the attic was freezing. Not enough, I was in love and suffering and grumpy, which is why I was constantly fighting with my parents and exactly those days I ran away from home for a couple of nights. In short, I had some difficulties but I finished the job. My sponsors were always kind bringing me hot drinks and to eat. And just like a real street writer, at the end I put a “nice” tag in the middle of the artwork… no comment!

I never knew if they really liked the canvass or not. I’m sure they didn’t like the tag.

My dear patrons, I never met you after that and I do not know what happened to you but I wish you all the good of this world, and I remember you with love.
Warning: Parameter 2 to wp_plugin_associated_posts::Filter_Posts_Result() expected to be a reference, value given in /web/htdocs/www.air-one.net/home/wp-includes/class-wp-hook.php on line 287