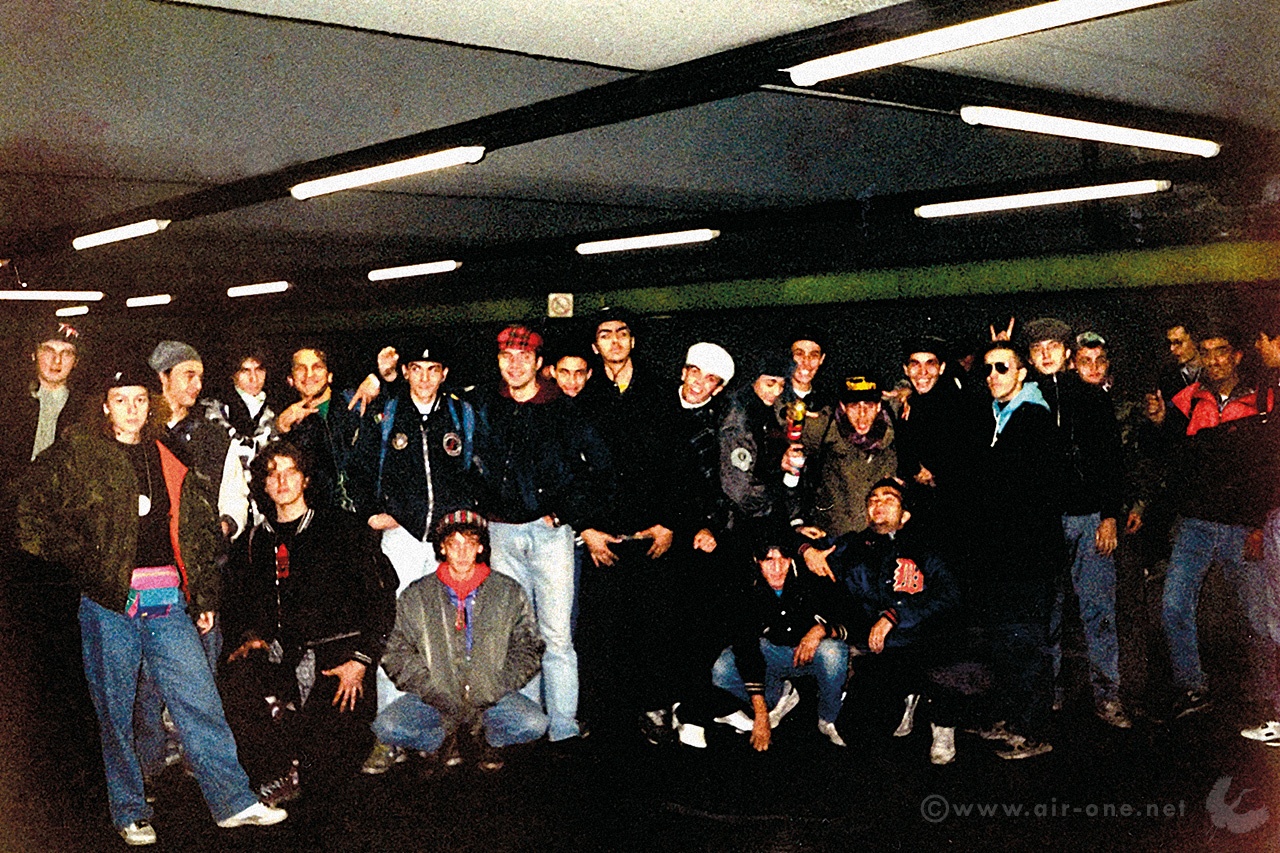 This is probably one of the most significant photos about graffiti writing in Italy. It already has been published in the book All City Writers (if you dont have it, you MUST buy it), but it was very very small and B/W. The image tells a lot about Graffiti Writing in 1990, it tells how small it was, it tells the ages, the sex, the fashion (ah ah ah, I count 7 Kangool hats here, mine included!). But it tells also that it was gettin bigger, stronger and organized. It was ready to boom!

Here you can see most of the people that was painting during that period in the north of Italy. The place is the Loreto subway station of Milano, and the meeting was organized by FlyCat (with black hat in the really centre of the photo) who was the one with most of the contacts and already considered a master. Basically, the idea was to meet to know each other. We were few people spread around in a wide area and we knew each other only by the tags we saw and the legends told by our closest friends.

Some people was coming really far from Milano, Skah and Onis from Vicenza are recognizable on the left of the photo. Sid made the photo. Other people I can recognize are Steezo, Sten, Mec, Craze, KayOne, Rush, Chief, Shad, Sky4, Dosey… and I remember being there kings like BZK or SysOner (and, sorry, all the others I forgot or cant recognize here… it was only 23 years ago!). Please note that not all of the people that came are in the photo.

Some of the writers here had a few troubles with other writers but nothing happened, everyone kept on sharing experiences, spots, sketches, photos and everything run smooth until someone started tagging the station… bad idea! When police arrived, for someone the party went on at the police station…
Warning: Parameter 2 to wp_plugin_associated_posts::Filter_Posts_Result() expected to be a reference, value given in /web/htdocs/www.air-one.net/home/wp-includes/class-wp-hook.php on line 287